We’re sharing analysis of startups in London. At Otta, we are the advocates for working at fast growing technology companies early in your career. We think this is where learning opportunities and development potential are highest.

Start your job search with us, and you’ll find a lot of the insights below powering a smarter way to find roles at startups in London.

I did this piece of analysis when we had 182 startups in London on our platform at Otta. We believe these are some of the best places to work in London.

There were 720 roles included in the analysis. Our platform is focused currently on jobs requiring 0–2 years experience, so any analysis of role adverts excludes mid-level or senior roles.

We have taken data from companies’ job descriptions and augmented it with our own research (e.g. office location, Trustpilot scores, LinkedIn profiles of the founders)

A small caveat — I’ve looked at number of roles in this analysis, but this does not indicate number of vacancies. E.g. A company may hire 5 sales representatives using one role advert

There are three sections to this guide

There are many definitions of startups, and one I like is that “a startup is a company that is designed to grow fast”. This means we’ve looked at companies as small as Klydo (8 employees) and as big as Deliveroo (5,304 employees)

There are many early-stage companies in London, but the majority of companies we looked at had significant amounts of funding and many employees.

There are opportunities to learn whether you join a 5-person or 900-person startup. When thinking about joining a startup, it’s helpful to think about what you’re looking for:

The majority of startups are in two clusters.

You will find startups in areas such as Hammersmith, Stratford and Croydon. However, they are fewer in number.

I’ve included our top 21 tags here. London is one of the leading cities in the world for fintech, and therefore it was no surprise fintech is one of the top sectors (48 startups with this tag).

We also tag companies based on whether they were selling to consumers (61 startups), businesses (60 startups) or enterprises (20 startups). As an employee, it’s often a very different experience building a product for these three types of customers.

One of the big selling points of working at a startup is the difference in working culture: casual clothing, regular drinks and office dogs. These are all hard to codify, and often aren’t explicitly talked about on careers websites, so I’ve left them out. The following analysis is based on those startups who publicly talk about their benefits.

There is a big difference between the lowest number of days offered (21) and the highest (30). Make sure to check whether the number quoted by the company is including the UK’s 8 bank holidays. The UK minimum for full-time staff is 20 days holiday excluding bank holidays.

I want to point out the trend towards offering unlimited holidays. At first glance this sounds exciting! Take as much time off as you need, even if it is 40 days a year!

However, we found that plenty of companies have some fine print (e.g. limited allowance until your 1 year anniversary). There have been plenty of studies showing that there are psychological barriers to taking holiday in a company where it is ‘unlimited’, sometimes leading to employees taking fewer days off. CharlieHR wrote an interesting account of how it didn’t work for them.

The majority of startups are offering comprehensive benefits packages. I didn’t find any trend that smaller companies offer fewer benefits. It really depends on whether the startup believes that benefits are a core pillar to attracting and keeping great employees.

I looked at three publicly available ratings to gauge company quality: Glassdoor, Trustpilot and iOS reviews (if the company has a mobile app as a core product). The results are very positive!

The majority of startups had Trustpilot scores between 8 and 10. This is no surprise as startups need an incredible product to grow fast and disrupt the large competitors.

The majority of startups scored between 4.6 and 5.0 in the iOS store. This is testament to the quality of the teams building products. (E.g. Revolut has over 250,000 reviews and a score of 4.9) These companies are fantastic places to work if you want to build high-performing and loved mobile apps

One of the excellent parts about working at a startup is that in 95% of cases the founders are still there. This cannot be said for long-standing corporates (where founders have retired or passed away)

Founders know their product, business and customers incredibly well. It is also value-adding when the founders have built another business before: it allows them to find similarities, learn from their mistakes, use analogies from other industries, etc.

Unfortunately there is a big difference in the number of male and female founders. In the companies we looked at, there were 19 founders named Ben or Tom. There were also 19 female founders.

If this is a topic you care deeply about, check out Diversity.vc. They are doing some fantastic work to create a fairer and more diverse venture capital (VC) industry.

How long are role adverts active?

We’ve been collecting data over the past 6 months, and so I thought it would be interesting to see how long roles were live before being removed from a company’s website.

19% of roles are deleted between 1–20 days after posting, and 20% after 21–40 days. This would suggest there is a benefit to getting an application soon after the job has been posted, and this fits conventional wisdom.

However, I thought it would be interesting to show an alternative perspective. There are many roles live that were posted between 2014–2018. These are crucial roles that these companies consistently hire for.

Citymapper has 2 roles live (iOS Engineer and UX/UI Designer) that were originally posted in 2014. If you do see an advert with a “date posted” that was many months ago, be mindful it shouldn’t always be a red flag.

How many roles are startups hiring for?

I thought it would be interesting to compare how many new roles Monzo and Revolut posted over the last month. These are both fintech leaders growing fast. I would have thought their hiring patterns would be similar, but they aren’t.

Why? A big reason is due to their different approaches to advertising jobs. Revolut post multiple jobs for different teams. Whereas Monzo tend to post one role (and then teams are considered in the interview process, or after)

Areas of the business hiring

The high demand for engineers is evident! Engineering makes up 32% of the available roles at startups, closely followed by Operations & Commercial at 30%.

If you’re looking for roles in other areas of the business (e.g. Marketing or People & HR) there are entry-level roles, but they are fewer in number.

I’ve noticed a few areas with a chicken-and-egg problem. Startups want experienced Marketing, Product and HR employees (e.g. 2+ years having done the role before). Yet there are limited opportunities for talented and ambitious people to start their careers in these areas.

We found that only 14% of roles included a public salary. If the salary was not available, we turned to Glassdoor, and found only 5% of roles had useful benchmarks.

There is a big income boost if you are trained as an engineer when starting your career at a startup. The following chart shows the typical distribution of salaries for roles requiring 0–2 years experience, where salaries were public (removing a few outliers)

Many startups are expanding outside of the UK and into Europe. This requires plenty of employees who have strong language abilities (native, or studied at university).

If you wish to speak German or French at work, you are in a great position to be a competitive candidate.

This section covers the technology requirements posted for engineering roles in London. I suspect for many these will not come as a surprise, but I hope it provides insight for some. We looked for explicit requirements for the role rather than general comments about “we use [AWS/python/etc] in our stack”

There is a trend towards backend roles to require skills in deployment: namely AWS (23 roles), Kubernetes (22) and Docker (20). Python (22) and Java (16) remain the dominant backend languages

React (21 roles) and JavaScript (20) are the dominant frontend requirements. GraphQL (6 roles) has become a prominent query language and is mentioned in 6 roles

It’s no surprise that Kotlin (12 roles) and Swift (11) are the dominant languages, given these are best for high performing apps

Python (17 roles) is the most popular choice, with Go (10) in second. Ansible (7) has been mentioned a number of times as a way of open-source software provisioning

Python (21 roles) is still the dominant language in Data Science. R (8) is not typically used, and Tensorflow (3) was the only machine learning framework explicitly mentioned repeatedly

Email me at sam@otta.com if you have any questions. I would also love to hear your feedback.

At Otta, we’re advocating for working at fast growing technology companies early in your career. We think this is where learning opportunities and development potential are highest.

Start your job search with us, and you’ll find a lot of the insights above powering a smarter way to find roles at startups in London. 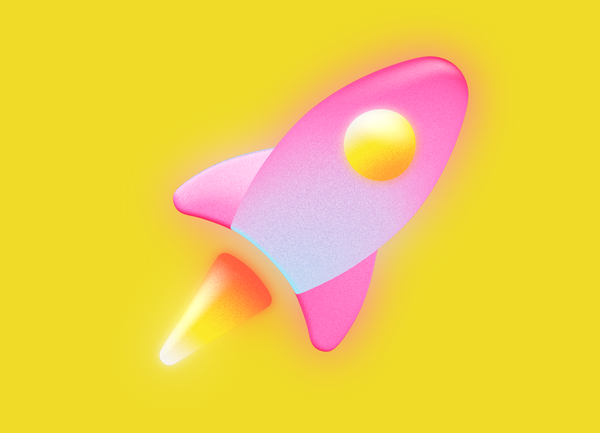 Lots of people will tell you joining a startup is a risk. An unknown name on your work history. A smaller team with big ambitions. But we believe working for a fast-growth startup is one of the best things you can do for your career.

I’ve helped 100s of candidates since starting Otta, and there are a few points that always seem to be high value, so I’ve written them down with extra detail to try and help more people.

I spoke to 40+ candidates who recently had interviews at top startups to learn more about how they prepare. I wanted to summarise some of the best preparation techniques, while also sharing my own advice.