We’re sharing stories of people’s early careers. Everyone we interview has worked for a startup in the first few years of their career. We hope reading about others’ experiences at startups will help you make more informed career decisions!

At Otta, we’re advocating for working at fast growing technology companies early in your career. We think this is where learning opportunities and development potential are highest.

Simon Younger is currently a Product Lead at Trussle. Simon studied Management at Bath university. During his studies, he had placements at Nestle, P&G and Qubit. After university, he joined Qubit full-time as employee #25 in the strategy team (Qubit make personalisation software for businesses. They’ve raised $75m and have 150+ employees). Simon worked at Qubit for five and a half years (spending a year and a half in New York) before joining Trussle. I met Simon for coffee near his office in Old Street.

How did your placements at Nestle, P&G and Qubit compare?

My first six months of working were with Nestle as a Finance Intern in Switzerland. It was a great opportunity to experience working abroad. Unfortunately, there were too many interns and not enough work to go around, which meant I didn’t learn very much!

Later on, an opportunity came up to do a summer internship at P&G, another big FMCG (Fast Moving Consumer Goods) company I’d heard good things about. The ten week programme was super intense and I learned a lot. However, I still left feeling like I could do more and wanted a role where I could take on more responsibility.

I knew I wanted to go and work somewhere smaller where I could have a real impact on the business. Unfortunately, they weren’t that easy to find. My university had good relationships with bigger companies, but not so much with fast growing startups.

Qubit eventually came onto my radar, as two of the founders studied the same course at my university ten years earlier. They were looking for interns to help get the business off the ground. I ended up meeting them in their offices and secured a placement as an analyst.

Working there was great and I felt really lucky to be there. There was so much to be done at the company so I wasn’t boxed in to one small part of the business, which meant I was always learning. They also let me step up and gave me a lot of autonomy and responsibility.

What made you decide to join Qubit full-time?

I was back at university and in my final year. I was still considering going into consulting. I wanted to put myself in the best position for my career and I was led to believe (by my university and my peers) it was the best starting point.

I had an offer from Accenture for a graduate role (they were the only consulting firm I applied for at university), but I decided to defer it for a year. The plan was to work for Qubit for a year and try to get a strategy role at Javelin, a well respected consulting firm.

I ended up not getting the role I wanted at Javelin, and this caused me to reflect on my time at Qubit so far. I realised Qubit was giving me everything I wanted, so decided to turn down my offer from Accenture and stay there.

What made you decide to stay at Qubit?

I was enjoying what I was doing and learning a lot. Why would I work anywhere else? The business was growing, I was getting more responsibility every day and on a steeper learning curve than I would be in a grad role anywhere else.

I then had a great conversation with my manager at Qubit. They knew I was still considering my options and was thinking of going travelling. As it happened, they had an opening in New York to help build the team out there.

I was offered a three month secondment there as an alternative to travelling, and they said I could have two weeks in South America before flying straight to New York.

I ended up staying in New York for fifteen months. It kept getting extended as the team was growing so fast and there was so much to do!

I then wanted to move back to London to be with my long-term girlfriend and move away from the consulting side of the technology business. I moved back to London and switched into a business operations role where I worked directly for the COO and CFO.

That role changed 3 times over 3 years. It ended up becoming very operations focused and then morphed into a finance-type role. I learnt how to run a budget and manage a team. Qubit were very keen to promote people internally rather than hire externally.

It’s impressive that you got such good exposure across the business, did you push for that?

If you’re working at a high growth startup, opportunities will come. You don’t have to worry about where the next opportunity is coming from if you’re willing to work hard.

There was no expectation to work all hours, but being part of a startup you feel much more accountability and responsibility to work hard. You’re willing to put the hours in because your input is much more tangible and directly impacts the overall success of the business.

One example of this was when I worked on a big deal in New York. It started as a proof of concept, but ended up being a 7 figure deal. It was a lot of pressure and I was leading the project. I was 23 at the time and was dealing with the eCommerce Director of a huge retail business in the US. The guy ran a team of 150 people and was very senior, and here I was at 23 telling him how he we were going to deliver this project to them!

How did you decide to move to Trussle?

I felt ready for a new challenge and wanted a change after nearly 6 years at Qubit. I was really keen on Fintech and Proptech so started looking for roles in that space.

I bought a house as a first time buyer and thought the experience was awful. At the time, there was not much out there to make the experience better. I was motivated to find a company where the mission really motivated me and where the company could have a positive impact on a lot of people.

I made the move to Trussle, a digital mortgage broker, in a strategy/operations role. Trussle had 60 employees when I joined 10 months ago and has now already grown to 120 people. The role has already changed in the last 6 months. I’m now in the Product team, an area of startups I hadn’t been exposed to before. I’ve been doing that for 3 months now and I’m loving it.

I was also keen to make sure there were great people I could learn from, like I had at Qubit. At Trussle, the CEO is heavily involved with the product team, which means I get to work closely with him.

Did your experience at Qubit help you get the job?

I found that when I was applying for jobs after Qubit, the thing that was really valued by employers was the breadth of practical experience. Having the execution experience and ability to get stuff done is what a lot of hiring managers want.

Do you have any advice for grads considering startups?

The hardest thing is seeing all your friends go off to corporate firms. I was on a management degree that was quite competitive. It was a little bit of a contest with who was earning what and what brand they were going to work for.

Now I realise that not being a consultant hasn’t held me back at all. A lot of my peers from university are strategy consultants and bankers and many want roles like the one I’ve got now!

Going into a tech business as a graduate, you probably won’t be paid £35k like you could at a corporate. You might get paid a bit less, but you should be comfortable with that, knowing in the longer term your salary progression will be good.

Startups don’t tend to have typical pay rise cycles where you have to work 2 years to move up to the next salary band. You might quickly find yourself a manager of a team in 6 months and have the salary increase to go with it.

Don’t worry too much about the definition of the initial role. You’ll find you have plenty of opportunity to move around.

If you see a company that looks interesting, my advice is to do thorough research on the business:

Don’t focus too much on the specifics of the role, because chances are the role will be redefined in 6 months and you can be heavily involved in redefining it!

Want to share your story? We’ll buy you a coffee whilst we do the interview, and then give you £25 towards a dinner as a thank you. If you’re interested, email me at theo@otta.co with a bit about yourself and your career so far (a few short bullets is fine!).

At Otta, we’re rebuilding job search. Our product is the smartest way to search for entry-level jobs at startups in London, and we have great companies like Qubit and Trussle on the platform. 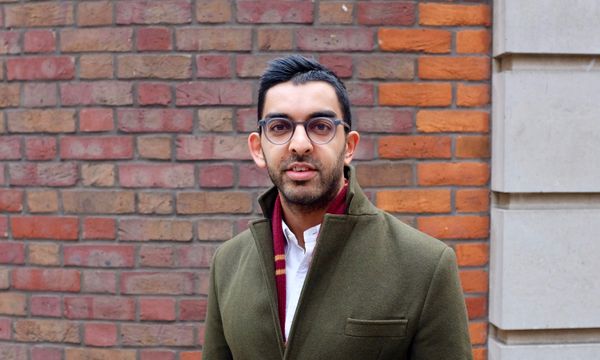 Adit is currently studying for an MBA at Cass Business School, having spent 5 years at two different startups. I spoke to Adit near St Paul’s to get his reflections on his career so far. 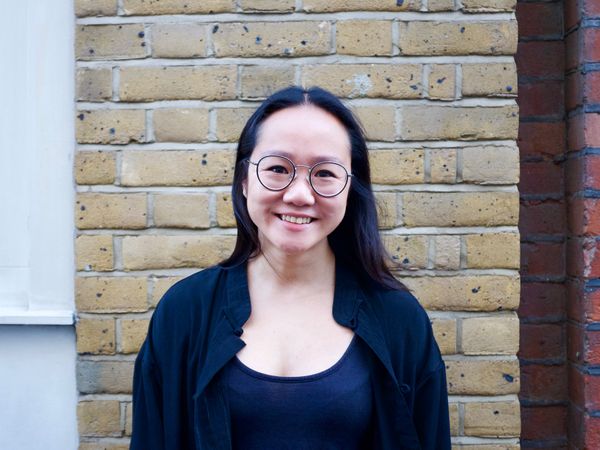 Susan Zhuang is currently a Product Design Lead at Koru Kids, a startup that is trying to build the world’s best childcare service. I met Susan for coffee near her offices to talk about her career so far.

Kate Tonks is currently running Business Operations at Avant Arte. After a stint in consulting, Kate joined Nested as the fourth employee. After almost three years, she left for new challenges and recently joined Avant Arte, an art discovery marketplace.